Give Me The Fracks! by Liz Ellsworth

Folks, it’s a New Year! It’s an important time to explore various conservation initiatives and environmental concerns, such as Hydraulic Fracturing, better known as “Fracking.”  The Merriam-Webster Dictionary defines fracking as “the injection of fluid into shale beds at high pressure in order to free up petroleum resources (such as oil or natural gas).”

Shale is a hard rock layer deep in the earth, located about 2 miles down in the ground.  The petroleum resources in the shale have been in the rock for tens of millions of years.  Due to our advanced technology, we are now able to access that oil and natural gas.  According to Rebecca Felix, author of 12 Things to Know About Fracking, the first horizontal fracking well was drilled in 2003; by December of that year, some 1900 wells had been drilled.  Now reports reveal there are 2 million wells.

The issue that concerns me the most is the amount of water used in the fracking process.  One average fracking well may use 7 million gallons of water.  That is equivalent to 27 million liters!  Take a look at your 2 liter bottle of soda or juice….that’s 13.5 million of those!  In 2014, more than half of the U.S. fracking wells were in areas with drought (Felix).

Many people are concerned about the types of chemicals that are utilized in the water concoctions shot down at high pressure into the fracking wells.  Often companies that create the mixtures will not release the data on the substances.  According to Walter A. Rosenbaum, author of the book Environmental Politics and Policy, several drilling companies claim that the contents are a trade secret and will not provide the information.  If the drilling companies were more transparent, fears in our nation over groundwater contamination and safe drinking water could be eased.  In addition, environmentalists and the oil industry could work together to make fracking a safer process.

Others point out that fracking has allowed the U.S. to be energy independent.  We no longer have to rely on other countries for our oil.  In fact, the U.S. was the leading oil producer in 2015!

Additionally, tons of jobs have been created due to the expansion of the fracking industry.  Felix relates that between 2008 and 2012 1.7 million jobs were available due to the investment in the future of fracking.  The potential for new technology and science exploration into fracking is endless.  Whichever side you may choose to be on in terms of fracking, many agree (on both sides of the spectrum), that fracking needs to be streamlined, cleaner, and safer.

There is much that needs to be investigated.   What do you think about fracking?  Do you believe that you can make an informed opinion about the fracking process, or do you need to learn more?  (Copyright January  2017) 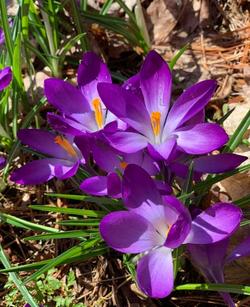 Playing in the Mud Is Important

-"The Power of Play" by the  American Academy of Pediatrics

-Get Kids Comfortable  Playing in the Mud via Tinkergarten

-How To Make an Easy, Taste-Safe Mud Sensory Table

-"Mud"  by Polly Chase Boyden & animated by A. K. Sterling

Tools to Green Your Schools

Be a Climate Activist

Limit Screen Time!
Recycle Your Shoes
Have an Item Someone Else Could Use?

More articles coming soon.  Please check back for updates.
Permission to Reprint Articles: Organizations may reprint the articles on this website in hard copy or e-mailed newsletters, and anyone can print out articles for their personal use.  Of course, anyone is welcome to link to the website or specific articles.  Permission to post the articles online on other websites is not granted!

Disclaimer: The author does not make any warranty, express or implied, or assume any legal liability or responsibility for the accuracy, completeness, safety or usefulness of any information, apparatus, product or process disclosed on this website, or represent that its use would not infringe on privately owned rights. Reference herein to any specific commercial product, process, or service by trade name, trademark, manufacturer, link, or otherwise, does not necessarily constitute or imply its endorsement, recommendation, or favoring by the author. 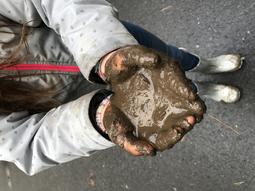 The Everyday Ecologist
View on Mobile